Julianne Hough and her brother Derek Hough hosted the Disney Parks Magical Christmas Day Parade and “The Wonderful World of Disney: Magical Holiday Celebration” special, which will air on ABC on Nov. 27.

Filmed from Walt Disney World Resort in Florida and Disneyland Resort in California, the celebrations feature show-stopping holiday classics mixed with cheerful new hits. There will also be sneak peeks at what’s new around The Walt Disney Company, like the major motion picture “Avatar: The Way of Water.”

The dancer, actress and singer make a few outfit changes throughout the special, and they all offer their own festive fashion. In one look, she styles a layered embellished blouse with a black miniskirt and leather gloves. She kept the embellishments going in a white jumpsuit that she paired with red and white gloves and knee-high white boots to match Derek for one of their holiday-filled performances.

The boots featured a round toe and small block heel, not to sacrifice style but prioritize comfort. The most glamorous look of all was a red and white gown she donned while sitting atop a tower of presents, a tulle skirt and halter neckline full of frill.

When Hough isn’t performing for the masses, she can be found in a pair of stiletto heels like the cream pair she wore during New York Fashion Week or the black and silver sandal stiletto heels by Mach & Mach she slipped on for the Hall des Lumières Opening Night Party. Her off-duty style is quite fashionable.

“The Wonderful World of Disney: Magical Holiday Celebration” will air on ABC on Nov. 27, at 8 p.m. ET and will be available to stream the next day on Hulu and Disney+. Performers include Meghan Trainor, Jordin Sparks, Black Eyed Peas, Ne-Yo, and David Foster and Katharine McPhee.

View all posts by Admins → 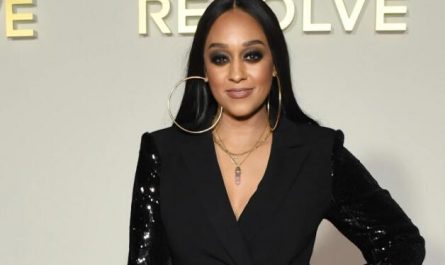